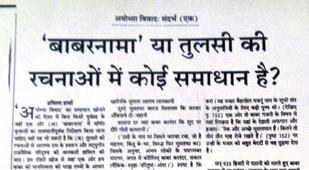 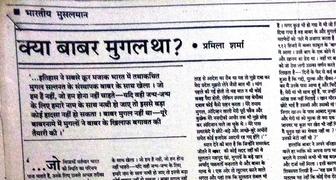 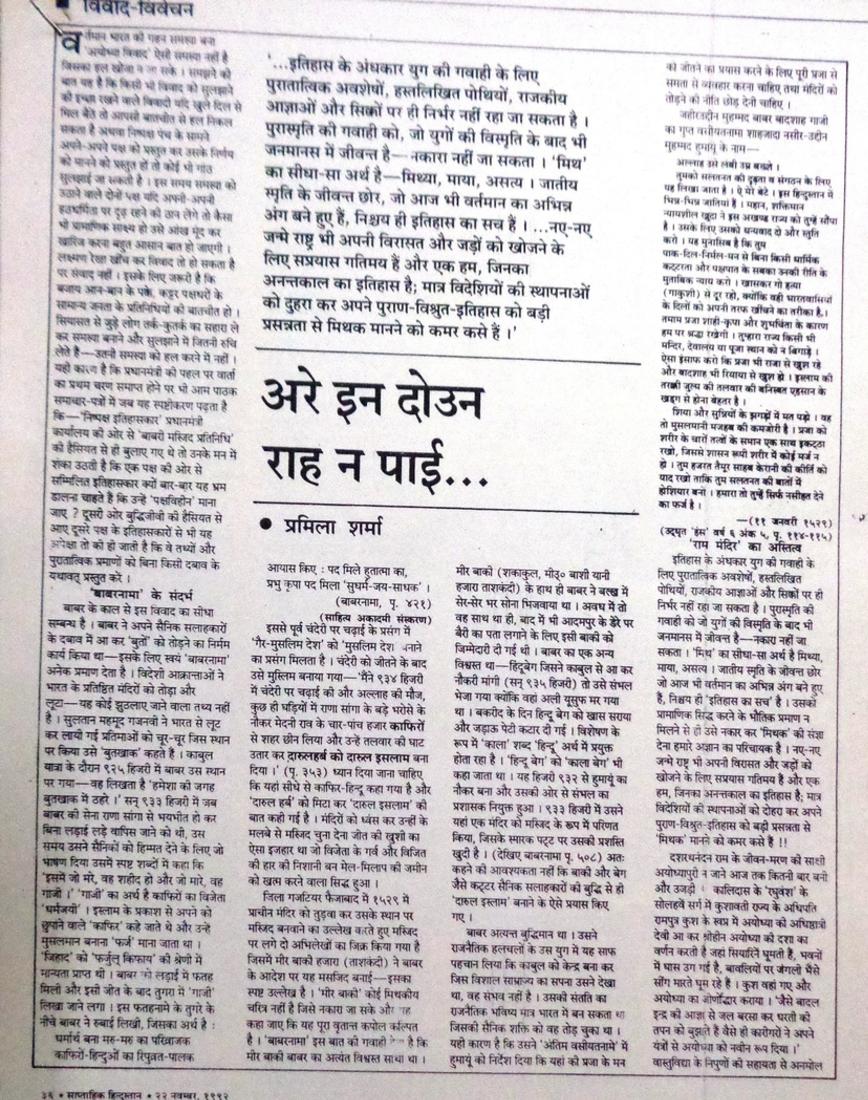 The Supreme Court formed three mediators panel to solve long lasting Ayodhya dispute is starting its preceding soon. They are expected to present their report after eight weeks.  However media reporting has been barred.  SARCAJC is presenting research articles written by its President- Prof Pramila Sharma, written 27 years ago as research input to solve this dispute. 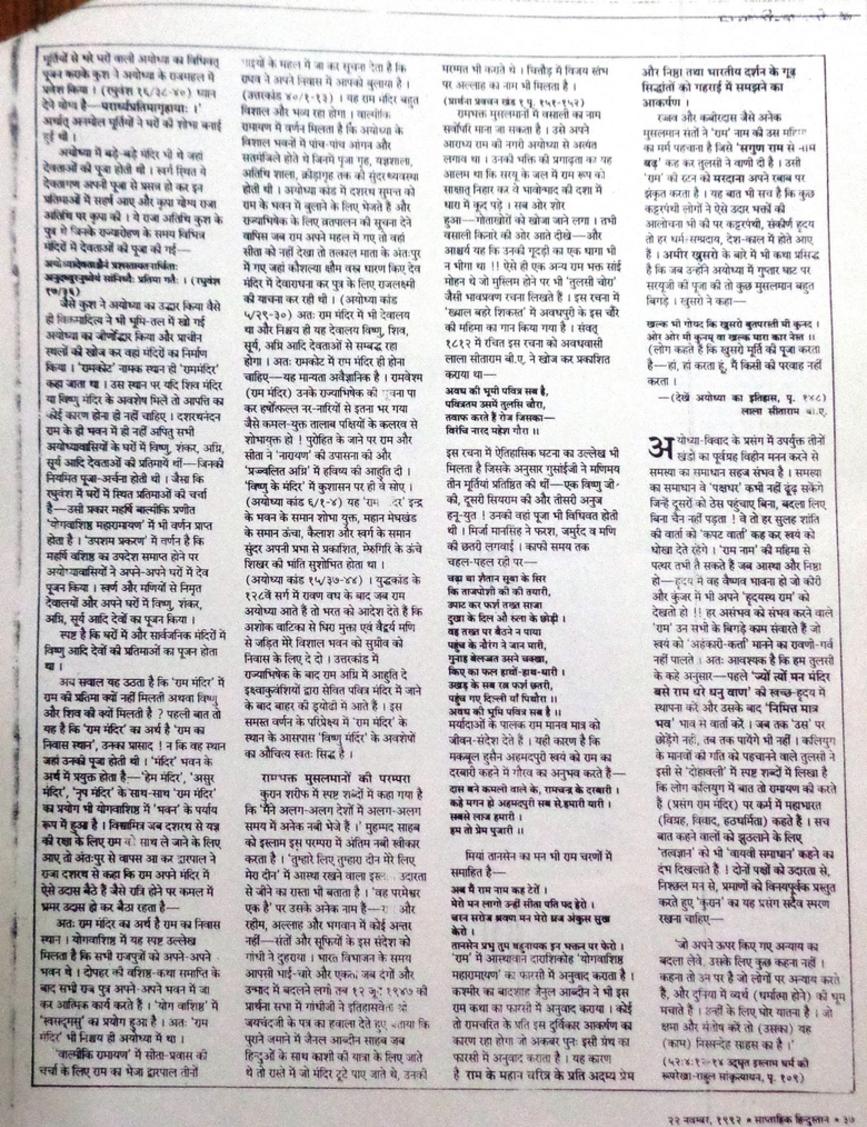 Archival Article by Prof Pramila Sharma -" In Dohu Raha na payee" ("both have not found the way") was published in Saptahik Hindustan on 22 November 1992.

27 years ago, Prof Pramila Sharma had written this research article providing evidence solution to solve the Ayodhya Dispute. She looks at references from Babarnama, Existance of Ram  with references from Raghuvansh, Yogavashitra, Valmiki Ramayan along with versions from muslim poets.