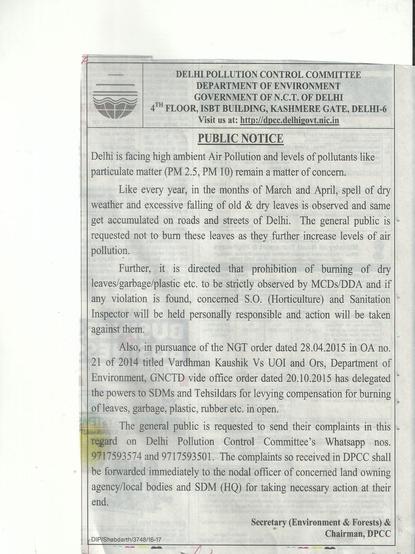 Did you say, you read newspaper  only in English!! 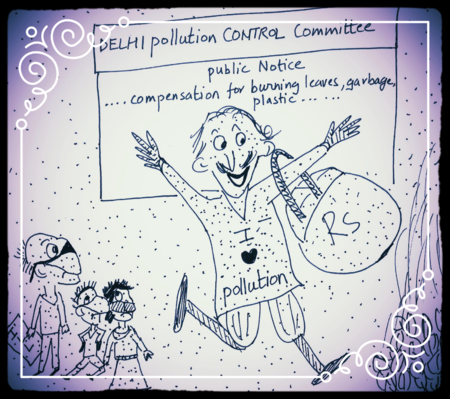 Look at the same advertisement in Hindi that has appeared in a Hindi newspaper- Dainik Jagran, the word compensation is  now "JURMANA" meaning “penalty”! ​

The air pollution in Delhi has been alarming. Today (7 March 2017) , advertisement by Delhi Pollution Control Committee, Government of N.C.T of Delhi has been published in Times of India under heading-”Public Notice”.  ​