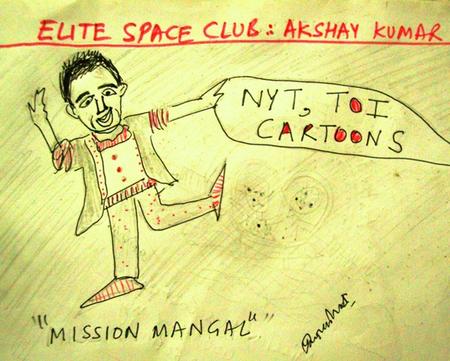 The next day, Akshay Kumar, while talking about his forthcoming  movie, showed these two cartoons to Arnab Goswami in Republic TV also. Akshay Kumar's movie is due for release on Indian Independence day. The name- Mission Mangal (Mission Mars), is a story related to people involved in Indian Mission Mars. 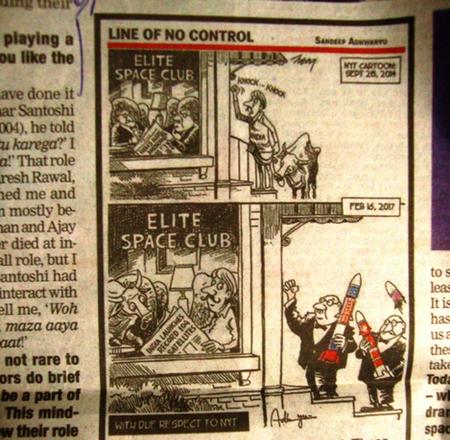 It is rather sad that now New York Times no longer publishes any cartoons.

It is not often that an actor brings forward the important role that cartoons play. Bollywood actor - Akshay Kumar in an interview in supplement of Times of India on 9 August 2019, while talking about his forthcoming movie in Hindi, recalled-  two cartoons published in New York Times and Times of India. Did they have a role in the success of Mars Mission of India! 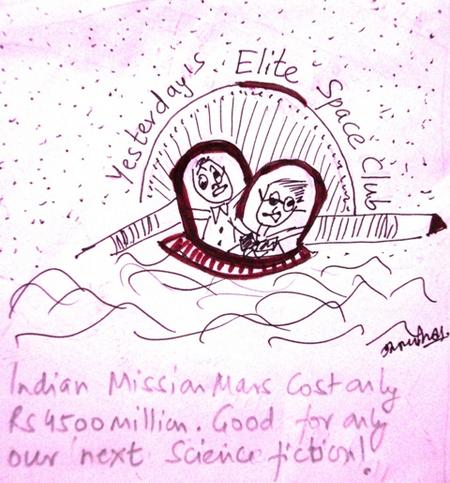