The Supreme Court formed three mediators panel to solve long lasting Ayodhya dispute is starting its preceding. They are expected to present their report after eight weeks.  However media reporting has been barred.  SARCAJC is presenting research articles written by its President- Prof Pramila Sharma, written 27 years ago as research input to solve this dispute. 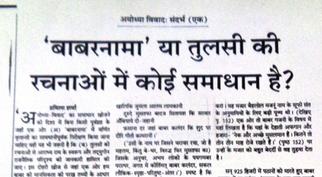 27 years ago, Prof Pramila Sharma had written this research article based on study of Baburnama (memoir of babur).

Highlight- " ...History has played most cruel joke on so called founder of the Mughal Dynasty. What we are not, what we don't wish to become, if that is stuck with our name for generations all together- there is no bigger tragedy than this. Babur was not Mughal- In whole Baburnama, Babur is preparing for a revolt against the Mughals..." 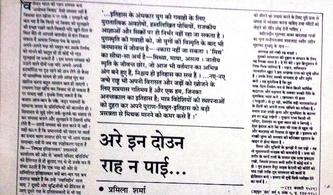 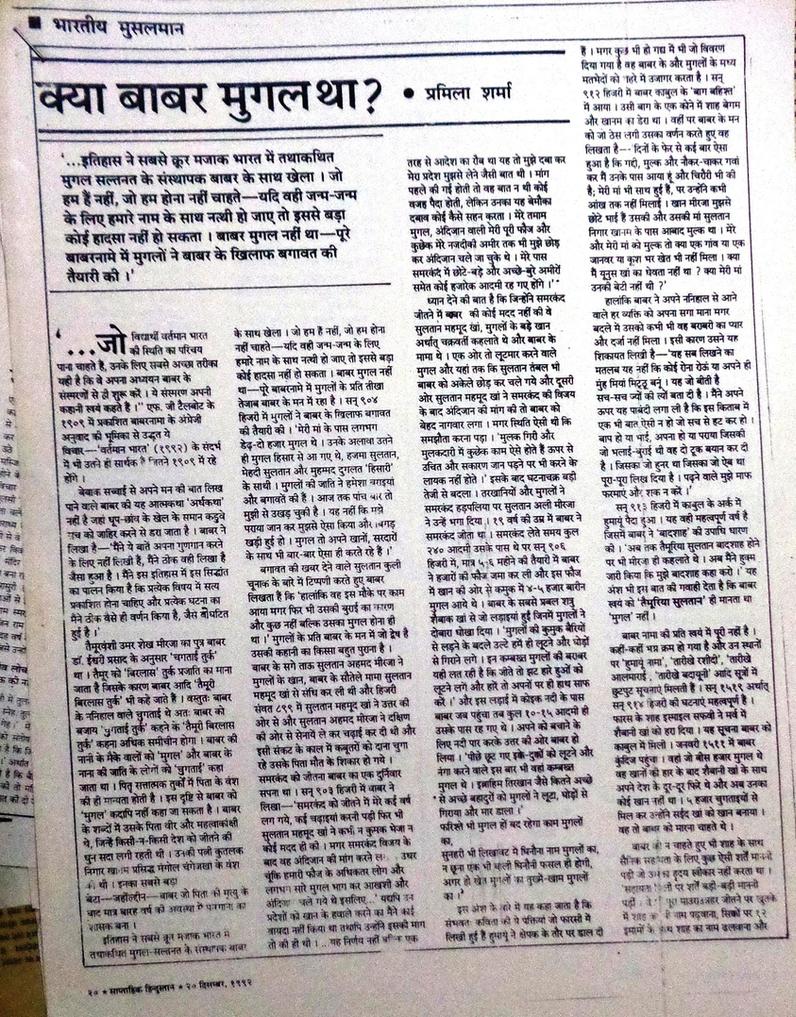