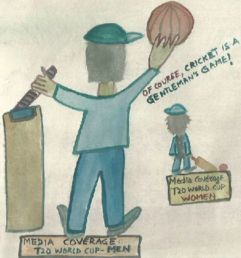 The Reader’s Editor of Hindu newspaper- A.S. Panneerselvan has penned down -”Journalism as collateral damage” in Hindu and has looked at two developments- “secrecy surrounding“ health of chief minister of Tamil Nadu &  “the details regarding the ‘surgical strikes by Indian army cross line of control, as “these developments have opened the door to look at many professional difficulties confronting journalists”. He underlines -“most frustrating element in the two issues is the impenetrable iron curtain that denies space for journalists to carry out act of verification”. He ends-”the disturbing question for journalists in these two cases is the lack of credible and trustworthy information…Journalism cannot be a collateral damage in a country that enacted the Right to Information Act more than a decade ago”. Taking clue from his views, newspapers were scanned for the news of attack on Army camp that took place last night around 10:30pm. This news was quickly picked up by the Indian news channels, one TV channel was even able to contact someone close to the camp and was able to confirm the sound of fire exchanged, at various time period. Today, of the 16 newspapers (in Hindi & English) scanned,12 carried this news on their front page.Rajasthan Patrika (Jaipur edition) gave most prominent coverage to this news on its front page. However, surprisingly 4 newspapers- Times of India, Economic Times, Amar Ujala, Viraat Vaibhav did not carry this news at all! Interestingly, Navbharat Times (newspaper in Hindi) did manage to provide some space on its front page but its  sister concern in English -Times of India did not provide space to this news on any page!  Like it or not, this reflects no “professional difficulties confronting journalists”.

What’s in number after all?

Times of India (New Delhi) mentions on its masthead that total number of pages is 54. Do readers actually get these pages? A quick look at page number mentioned on last page of Times of India reveal 30 pages in main paper, while last page of supplement mentions page number 10, totaling to only 40 pages! Further, take a look at Economic Times. Its masthead mentions that total number of pages is 26+4 pages of ET Panache. However, last page of Economic Times(New Delhi) mentions page number as 24 instead of 26! How to get people to read a newspaper? Take a clue from an advertisement in Economic Times (ET) on page 24 that comes with punch line in capital letters-“Reading the Economic Times just got more rewarding”. The accompanying currency note worth 1500 does not mention the denominator! Smaller font mentions-”Play Win with ET & stand a chance to win exciting gifts worth (Rs 3 Crore)”.. The ad goes on to explain-”How it works- Spot the currency note in the paper…”.What’s the catch-”Pick up your copy TODAY". However, there is no “currency note” in the paper today! ”. Many friends of SARCAJC raised concern about getting less pages than mentioned. Did you ask, how to get people to read a full newspaper? Look at the take of our cartoonist: 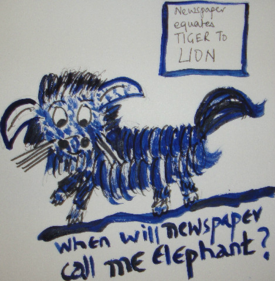 Is Tiger  a Lion?

Shamya Dasgupta’s article on state of cricket in Bangladesh has appeared on page 23 in Economic Times with heading- “Bangladesh Maul into history”. The subheading in smaller font reads-”First ever test win over England in Mirpur shows that Tigers have finally come of age”. The article contains photographs of two cricketers from Bangladesh and a photograph of a model of wooden tiger & wooden man. The subheading has termed cricketers from Bangladesh as ‘Tigers” but no-where in the main text the word ‘Tiger” is used, rather the start of last para reads-“Bangladesh’s test life is now 16 years strong, & turning more than just one corner, even if only in their Sher-e-Bangla (Sher means Lion) backyard…”. Surely, Lion is not a tiger. Incidentally, accompanying the text is a picture of model of wooden tiger eating a man is that of a toy made for Tipu Sultan, the King from Indian state of Karnataka, not from Bangladesh. Surely, illustrator/cartoonist is being missed here. Cartoonist- R. Prasad’s cartoons no longer appear in Economic Times, wonder why?

The weekly newspaper- Sunday Standard on page 12 carries a news report related to  three countries with highlight- “Hatrick Score” and heading- “From TV star to the Prez Race: A Trump Uprising”. The photo of Donald Trump is in colour with quotation of Marco Rubio in text box, just below his photo. However the news- “Irish Punish Coalition” is accompanied by a  map of Iran, while map of Iceland is just above” Reformists lead Iran Poll”. Wonder why? 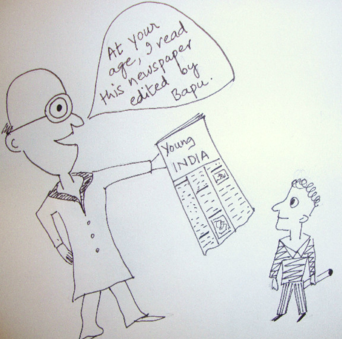 One glace on cartoon by our cartoonist and you can get a feel of the media coverage during cricket competition T-20 World Cup for men & women. Why are women neglected in coverage by enlightened correspondents? 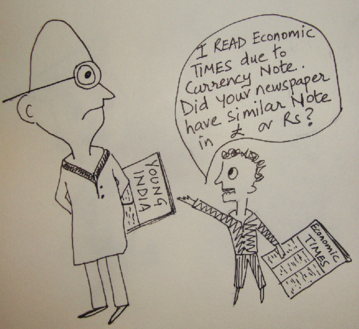 With the presence of Reader’s editor, The Hindu  newspaper is unique among many in India. However, has the mere presence of Reader’s editor made a substantial change, when it comes to corrections (read errors)? On 9th April 2016, ‘Write angle’ came in with the heading “A view from the óther’ side” where Hindu Punch, a satirical magazine, was mentioned as “Hum Panch” not just once but twice. But yesterday or even today, no correction by The Hindu newspaper, wonder why? 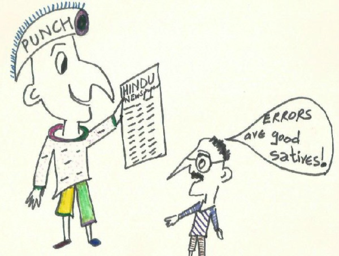 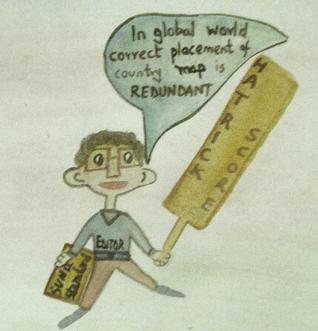