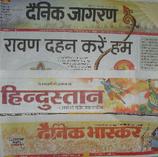 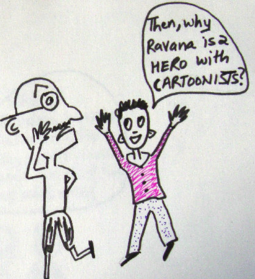 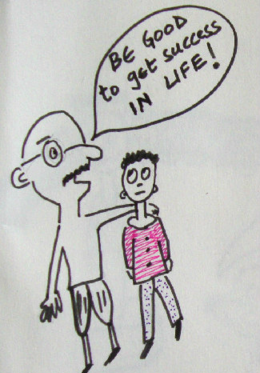 However, Hindi newspaper- Jansatta, not only forgot to celebrate Dasherra on its masthead, but also forgot to wish its readers on this occasion. The newspapers in West Bengal, specially Bengali take a special collectors issue on main festivals, newspapers in Hindi & English from capital city are devoid of any collector’s issue. The festival of Dasherra is special, as King Ravana is depicted with ten heads, a cartoonists delight.

Take a look at take of our cartoonist  on this occasion: 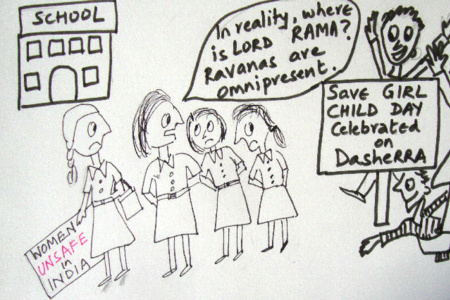