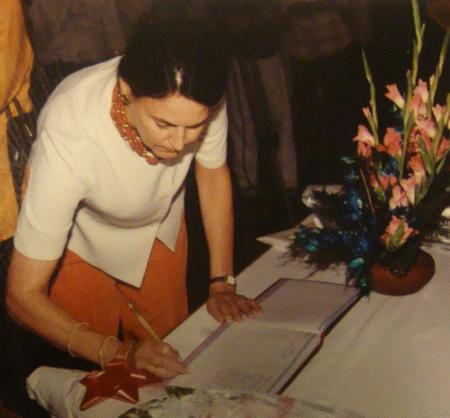 "What a unique historical documentation of India’s Freedom Struggle in the midst of pride and prejudice, colonial oppression and exploitation. The Exhibition makes me proud of your achievement Dr. Sharma"
--Madam Nethalie Trouveroy. Wife of Belgium Ambassador to India 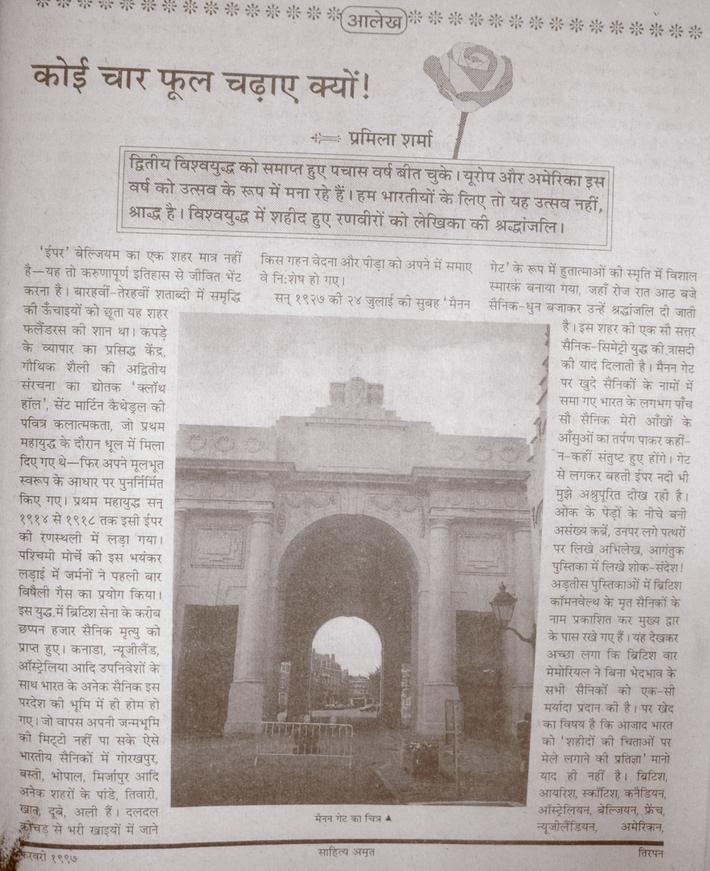 Prof Sharma’s article starts off- “Iyper is not just a city in Belgium- it is live meeting with emotional history.”. She narrated history of Iyper and its role during world war one. “ Along with soldiers of colonies like Canada, New Zealand, Australia, Indian soldiers perished in foreign land. Among those who could not return to the soil of motherland were soldiers - Pande, Tiwari, Khan, Dube, Ali originating from cities like Gorakhpur, Basti, Bhopal, Mirzapur etc..“. Prof Sharma had visited this memorial and paid homage to war dead by tears falling from her eyes - “. Tears poured while looking at the names of around five hundred soldiers engraved  on Menin Gate…”. She wrote in the visitor book and also searched for messages from other Indians, but could not trace any. The last para of  the article focuses on  a famous poem- Flanders Fields by Canadian doctor- Mr. John McCrae.

On the occasion of the royal visit of honorable King & Queen of Belgium in India, Manimugha Sharma informs on page 5 in Times of India  “Belgian buglers to sound clarion call on honour India’s WW1 role”  at India Gate in New Delhi. (7 November 2017)

Indeed,  thousands of Indian soldiers lost their lives during the first world war.  The Belgians remember them every evening at Menin Gate in Belgium. But how many Indians have really remembered their contribution?

SARCAJC’s President- Prof Pramila Sharma had paid her tributes, two decades back . Do read her article in Hindi- “Why no tribute of flowers! ”  (Feb 1997). 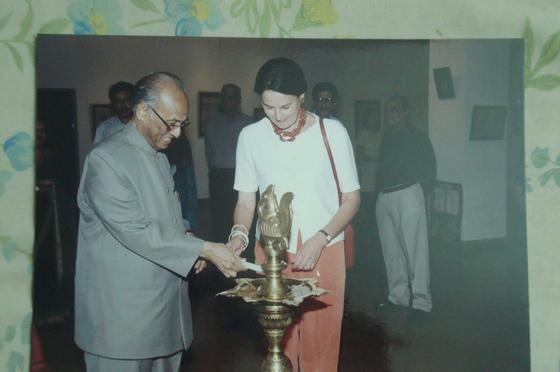