Famous Indian freedom fighter- Lala Lajpat Rai was one of the founders of this bank, who in article in Young India (May 1919) had called for making of leaders- “…What the country needs is a band of leaders pledged to absolute truthfulness, frankness, openness and above all, fearlessness and simplicity. We want leader who will live the common people, eating food of the common people, dressing as the common people, sometime working with their hands for their living and sharing with the common people their thoughts, their anxieties, and their troubles. We want leaders who will not make false or equivocal defence whenever the authorities choose to prosecute them. We want leaders who will not be afraid to attack and criticize the men of property, power, and privilege among their countrymen as fearlessly and mercilessly as they do the foreign exploiters, who will realize and preach that what they want of genuine democracy, and not the mere substitution of the rule of their own men of property and privilege I place of the foreign imperialist and capitalist. We do not mind if the real thing comes a little late. What we want is genuine gold and not counterfeit coin….We do not want to give our time and energy and life for the benefit of the native exploiter, be he prince or priest…”.  Does India have such leaders in every facet of life?

Mostly large governmental advertisements in leading newspapers remind readers of birth/death anniversaries of leading Indian freedom fighters.  Lala Lajpat Rai was one of the prominent journalists who took active part in Indian Freedom movement. Today is his death anniversary which has gone un-noticed by all leading newspapers (32 scanned) and even governmental ads have given it amiss.  Even Punjab Kesari, newspaper in Hindi, which was named after Lalaji’s title, has not remembered the significance of this date.  Wonder why? The exception is Aaj Samaj, comparatively a new newspaper in Hindi. However, in the write-up does not mention a word about his role as a journalist. Take a snap shot - Lalaji as journalist

Indian Home Rule League of America was founded by Lalaji. During January 1917, the League published monthly “Young India”, which was edited by Lalaji. After this, the name- “Young India” was used by Mahatma Gandhi for his weekly in India.

Lalaji was among joint owners of Hindustan Times (Delhi) during initial period, along with Madan Mohan Malviya and Raja Narendra Nath.

Lalaji and Lala Hansraj started newspapers names- “Punjabee” from Lahore with the motto of Self Help at any cost. The policy of paper was generally guided and controlled by Lalaji. On recommendation of Tilak, Athaval was appointed its editor.

Lala Lajpath Rai started an Urdu daily- “Vande Mataram” from Lahore which boasted huge circulation of about 5000 copies. The issue of 10 May 1927 was confiscated by police and he had to appeal to the high court against this. Four editors of this newspaper were sent to jail under the charge of sedition.

He supported monthly paper- “Adhikar” as a patron. This editor & publisher of this paper was Vedvrat Visharad. This paper was mouth piece of India-wide Committee for upliftment of untouchables.

Lalaji took out a Weekly newspaper “People” from Lahore. He himself was the editor of this paper. It was the mouth piece of Servant of People Society that encouraged the youth for service of nation. The paper rose due to Lalaji’s clear & fearless political comments, stable language and balanced editorship.

Purshottamdas Tondon published weekly in Hindi- “Punjab Kesari” from Lahore. It was taken out in the memory of late Lala Lajpat Rai, dedicated to freedom moment. Lalaji’s autobiography was first published in this paper. The tentacles of press ordinance reached Punjab Kesari and it ceased publication in 1930. After many years it was revived by Lala Jagat Narayan.

On 20 November 1930,  Ramchandra Maharathi took out a special issue of “Maharathi” in memory of Lala Lajpath Rai. The editorial - “Kafan ki kilo par” (on nails of coffin) resulted in nine months imprisonment to the editor. Remember Lalaji had stated- “every blow on me will drive a nail into the coffin of the Empire”. 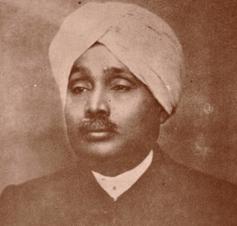