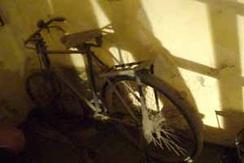 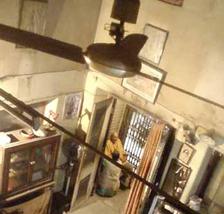 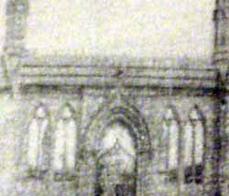 Ninety two year old Avadesh Narayan Shukla alias Viplav (revolutionary) is a living legend, a witness to independence movement of India. An author, freelance journalist who started his journey at the age of eleven by translating news from 'Leader' is now living alone, in a small abode in Jaipur, which once was a favourite hiding place for freedom fighters. He probably inherited journalistic inclination from his grandfather, the Editor of Daily newspaper-'Adarsh".

Everyday he offers prayers to the martyrs. His most priceless possession is cycle used by revolutionary leader- Chandra Shekhar Azad. His family background is certainly contrasting. Maternal grandfather of his grandfather was a cashier in the East India Company while his great grandfather fought against the British in 1857 and was close aide of Nana Sahib Peshwa. He re-lives history everyday, and is indeed a treasure of oral history.

His eyes shines, voice pitches high, when he recalls the struggle for Freedom: " The first war of independence in 1857 ( also called mutiny or Revolt of 1857) was not successful & India was caught in the web of British imperialism & became enslaved. The British took revenge by burning villages after villages, thousands of innocent people were blown off in front of the cannon, every tree had a corpus hanging, and frightened-people were running here & there. The Revolt of 1857 would have been successful if the Sikhs, Rajputs, Gorkhas would not have sided with the British. Why did this happen? The historians have cited many reasons. But the real reason is that the rebels declared the 'Mughal Emperor' as their leader, and this forced the Sikhs, Rajputs, Gorkhas to support the British as they were not interested in reinstating the Mughal Emperor. Zafar was old & incapable of leadership; spend most of this time in literary pursuits, leaving little time & interest for governance. His treasury was also empty. Maharaja Ram Singh of Jaipur is apparently is seen as pro British during 1857 but he secretly helped the rebellion. He even sent a message to the Czar of Russia through special messenger to help in defeating the British. During 1858-89, he refused to obey the order of the Agent to disarm the people holding arms without a license. And instead kept his sword on the table & told  that he can give his sword and even the State to the Government but cannot take away arms from people who regard them more precious than their lives. The Revolt  of 1857 failed but the struggle for freedom continued. During 1857-1947, thousands perished. The famous Urdu poet, a retired judge- Akbar Allahabadi, seen as a Gandhian, used to visit the trees at Chawk in Allahabad (where Indians were hanged in 1857)to pay his respects to the unknown martyrs. It's not true that India achieved independence only thought non-cooperation, rallies or fasting. The span of non violent movement was only twenty seven years. During the 'Do or Die' call in 1942, non violent movement was kept aside. The Indian armed forces drew inspiration from the Trial of soldiers from Azad Hind Army. The British realized the danger & that lead to Indian Independence".

Any regrets? Only one - till date he has not been given any award nor any pension by the Central Government.

The Last Wish- His ashes should be dispersed in Bittor, the land of  Nana Sahib, the leader of 1857.

He (father) contribute a lot in India’s independence & my grandmother used to hid bomb here in house, here Congress Session took place, participants stayed at our house; my mother made arrangements for food. Chandra Shekhar Azad’s memory in form of a strick & cycle is with me. I will donate both to the museum in Jaipur and I wish to put up his photograph so that anyone who comes sees it & remembers that Avdesh Narayan Shulka was also independence revolutionary. Many times he used to tell that freedom fighter gets honour after his death..they will come, chief minister will come. We used to think it could be, not seen like this before. As soon as he died, police covered our home- chief minister, district magistrate and many renewed personalities of Jaipur joined in funeral procession. The chief Minister himself came here, he enquired (since I have no brother) from son of my elder sister (who performed rituals) . He was given national honour...guard of honour by cannons. His only regret, didn’t get central pension, when he contributed so much for the nation he got state pension but not central pension, he deserved it. He regretted this all his life but central government didn’t pay any attention despite efforts. This regret remained. I hope in his memory, government takes out a symbol, we are donating cycle and  strick of Chandra Shekhar Azad without taking any money. Government should understand its duty & should announce a reward in his memory. During his lifetime, his wish was not fulfilled; at least after his death government thinks something about him.

I am quite satisfied that I accomplished my biggest duty- to take care of my father. This happiness will remain all through my life. Family members also helped & they are also happy, they say- you have shown daughters fulfil their duties better than son.

At the place where Tatia Tope,
one of the commanders of revolt of 1857 died 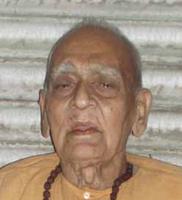