"Prof Pramila Sharma highlights - “….advice by Mahatma Gandhi was ignored even during his lifetime. The wishes expressed by Mahatma Gandhi in his will was not compulsory for heirs. There was need to concentrate on education, health and panchayati Raj  to awake and increase the ‘power of masses”. However, instead, the result was- establishment of big industries relying on foreign support, and no curb on unproductive expenditure by public representatives and bureaucracy. The power of masses was getting suppressed..." 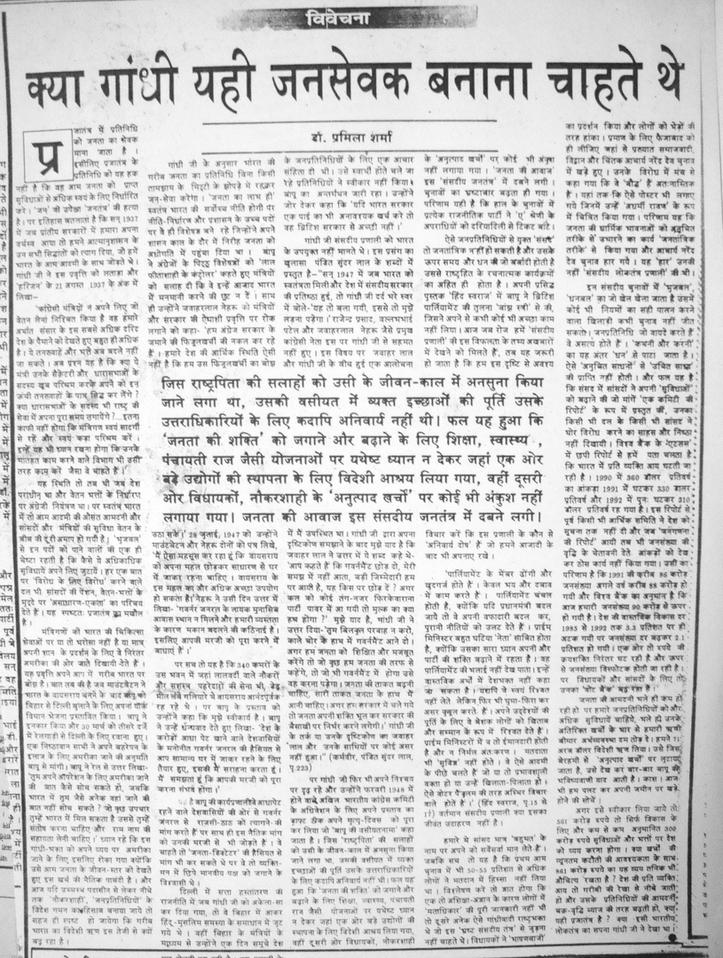 Did Gandhi wanted to make such kind of public representatives”.

This article was written down by SARCAJC’s President- Prof Pramila Sharma in Rashtriya Sahara, a newspaper in Hindi, way back, 18 September 1994 .