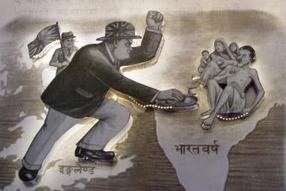 An exhibition entitled ‘Prathibandhit Sahitya mein Swatantrata Sangram’ (Freedom Movement through Proscribed Literature) is being held at National Archives of India in Delhi.

The overwhelming focus of this exhibition is poems related to Mahatma Gandhi that were proscribed during 1930s. Sadly, proscribed literature related to other revolutionaries like Subhas Chandra Bose, Madame Cama has been totally ignored. Thousands of newspapers were proscribed during British Raj. However, this exhibition has totally ignored these newspapers and only concentrated on poetry that was proscribed. The lone cartoon displayed did not contain any reference of its source.

Friend of SARCAJC has pointed out that National Archives and put up a similar exhibition way back during 13-19 December 1999. Look at the publicity paper handed to visitors- then.

A book focusing on proscribed poems was published by National Archives- years back.

Now, National Archives has concentrated only on proscribed poems, nothing new.

No wonder, there is hardly any visitor rush. 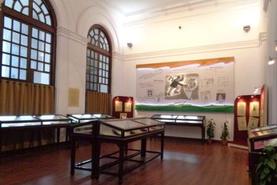 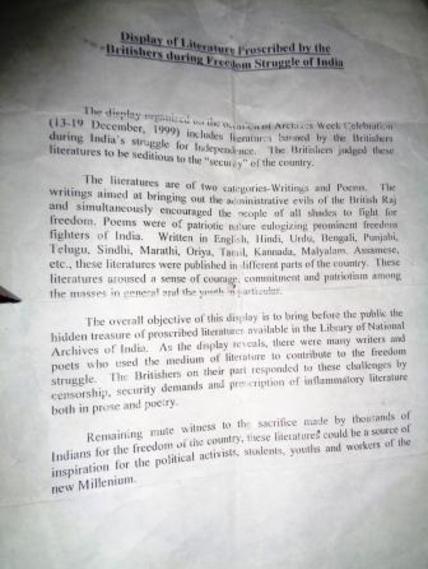