The pre independent India saw curbs on native press under the colonial rule. The friction between the English press & the native press was evident. Post independence, the credibility of native press should not have been any less than that of the English press. However, today, Indian Oil, leading public sector, has placed an advertisement in Hindustan Times on page 14, with punch line- “Notice for appointment of regular/rural retain outlet dealerships for Haryana” with a bias towards English newspapers-“ In case of any discrepancy in advertisement published in English newspaper vis-à-vis vernacular dailies, the direction/information indicated in English paper would prevail”. Moreover the use of the word “vernacular” further reflects the colonial hangover. Is the “Desi” press listening? (25 November 2018) 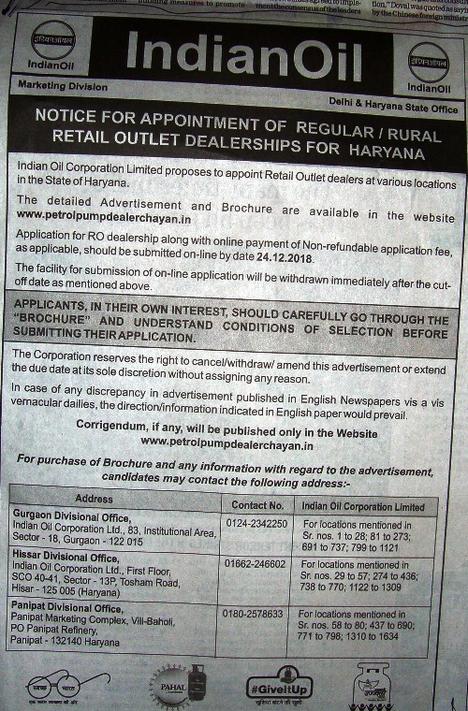