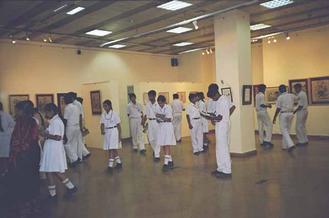 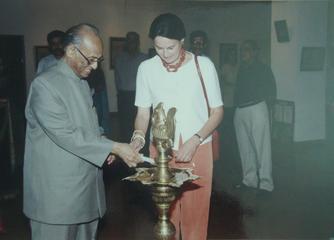 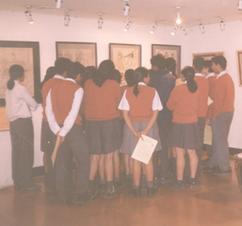 ‘John Bull to Mother India: A Historic Journey towards Self Determination’

A Four-day workshop for schoolchildren (privileged and underprivileged) accompanied the exhibition to educate the younger generation about History through most interesting media of  all time- ‘cartoons’. This effort was highly appreciated by the younger generation and also from people of all ages. The exhibition received high appreciation and excellent coverage from all leading TV channels and newspapers.
​​ 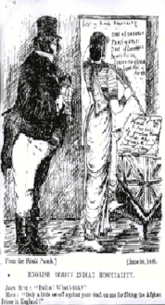 Much has been written about the Revolt but what the first Prime Minister Pandit Jawaharlal Nehru rightly pointed out in The Discovery of India holds true even today –‘ What the Indians think about it seldom finds its way to the printed pages’. The Indian printed version in 1857 was proscribed. As a result of hard research, the exhibition, for the very first time attempts to touch upon ‘the Indian version of 1857’ that differs from the 'indian mutiny'.

A large part of the best international political cartooning does not arouse a mere ‘laughter’. Anyone who glances at them can immediately understand the complexity of the political situation in a way that thousand words cannot convey. They preserve the significant moments of history those otherwise would go unnoticed. But do all cartoons narrate the same version of Revolt of 1857? Or their difference promises to reveal an untold story?

The exhibition unraveled how the West & India remembered the Revolt of 1857. Was there any fundamental variation in their representation, especially when the Indian version was either destroyed or proscribed? Here the Indian oral tradition comes to rescue of ‘silent memory of 1857’. The exhibition re-conceptualizes the Great Revolt of 1857 by its visual treatment that draws upon various forms including

1857 through the Eyes of World Cartoonists including archival cartoons from Britain, India, United States, Germany, France.

Etchings and many more.

It was a fantastic voyage through visual history, both compelling and repulsive in the exploration of how memory has been organized & visually depicted across nations. . 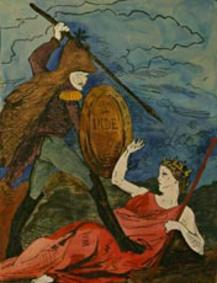 In ‘toon’ with history: ..such gems of information were collected by DU professor Dr. Pramila Sharma, who curatored exhibition of political cartoons from the period 1877-1947…… (Pioneer. 27/9/2002)

Political cartoons are fossils of history ..This is perhaps the first time that political cartoons from all around the world, published during the British Raj on this theme will be exhibited in Delhi… (Indian Express. 25/9/2002)

What a unique historical documentation of India’s Freedom Struggle in the midst of pride and prejudice, colonial oppression and exploitation. The Exhibition makes me proud of your achievement Dr. Sharma.

History is expressed here in the strongest, most direct way….and what a fantastic achievement is to have assembled such a collection!

..A quite amazing collection of political cartoons, many of which are masterworks!

Very nice exhibition, we learned a lot about the history of Indian Independence.

It was really nice experience looking at these rare cartoons. It brought our history books alive and made the history of India humorous. Wonderful collection!

This exhibition and workshop should take place countrywide.

It shows, cartoons speak louder than plain words. Now I’ve got work to do, books to read and some reconsiderations to do. Thanks for the feast!

It is one of the most fascinating exhibitions I have seen. What is interesting is not just the cartoons per se but the research that has gone behind each. It shows that cartoons can make the past so lively and fun.

Mahakranti: A Visual Representation of Revolt of 1857 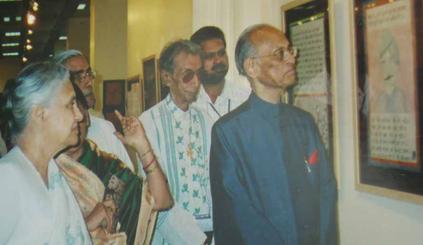