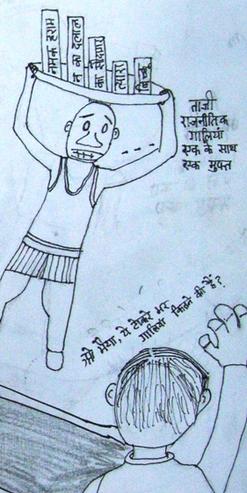 “Every community’s talking mannerism reflects the state of morality. If seen from this angle, then Hindustan will fare at the bottom amidst all communities of the world. Serious talking reflects community’s greatness & high level of ethics. While misbehavior reflects moral darkness-solid evidence of downfall of community…we abuse frequently while talking and our abuses are unique, disgusting & dirty among abuses in the world….No bigger evidence is of our lowness and cowardness – listening to abuses should make our blood boil but instead we drink them like milk. After that we walk with arrogance as if we have been showered with flowers. …We have fallen over sort of love with abuses…These people consider hurdling abuses as a symbol of authority and status of their position….This is also an example of our twisted intelligence that we consider hurdling abuses as a status of richness…. Abuses bring forward our bad feelings, reduces self respect, modesty and humility from our hearts-which are necessary for rising in eyes of other communities.  (Zamana. December 1909)