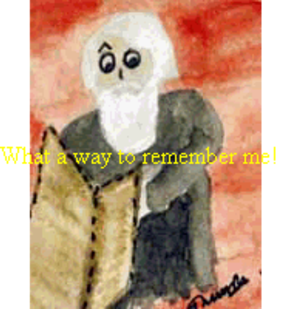 On its editorial page, Jansatta has carried column of Rajendra Upadyaya on his trip to Bilaspur (in State Chhattisgarh), here he came across Rabindranath Tagore’s picture on railway platform number one.  Rajendra went into flash back mode & remembered Rabindranath Tagore- Tagore & his wife stayed in waiting room of this station in the year 1900. Indeed historical place. But Rajendra makes a historical mistake . According to him, Tagore’s wife’s name was Kadambari Devi. And this has been mentioned many times in his column. Opps, Kadambari Devi was his sister-in-law & not his wife! His wife’s name was Mrinalini Devi!

Tagore Anniversary: Large advertisements by government and associated institutions inform of  various functions on the occasion of 150th anniversary of Rabindranath Tagore. But none have carried  words about Rabindranath Tagore’s work and life.  How would the younger generation relate to him?

Late Prime Minister of India, Indira Gandhi, studies for a short duration in Shantiniketan under his care and Tagore’s impact was long-lasting. She remembered him during a speech at FAO ‘s 21st session in Rome:


The prosperity of any single country is liked to that of the rest of the world. Such interdependence between free nations, of benefits to all, presupposes the self reliance of every nation, as well as the recognition that the small and the weak not only can but should, also contribute to the common cause. A beautiful parable narrated by our poet Rabindranath Tagore, comes to my mind-“Who among you will take up the duty of feeding the hungry?” Lord Buddha asked his followers when famine raged at Shravasti. Ratnakar, the banker, hung his head his head and said, “ Much more is needed than all my wealth to feed the hungry”. Jayasen, the chief of the King’s army said. “I would gladly give my life’s blood, but there is not enough food in my house”.

Dharmalpal, who owned broad acres of land, said with a sigh, “The drought demon has sucked my fields dry. I know not how to pay the king’s dues”.
Then rose Supriya, the mendicant’s daughter. She bowed to all and meekly said, “I will feed the hungry”.
“How!” they cried in surprise. “How can you hope to fulfil that vow?”
“I am the poorest of you all, “said Supriya, that is my strength. I have my coffer and my store at each of your houses.”