The obsession of most leading news channels in India with Bollywood celebrities is not new. Now, this time the obsessive star-stuck event was actor Salman Khan’s conviction for poaching an endangered deer- Blackbuck. Most leading news channel seemed to have turned into entertainment channels!  On April 5, 2018, Zee news at 17:44, during daily debate programme -“Taal Tok Ke” featured two anchors (one male, one female), who are not usually seen in this debate- anchoring. Ms. Rubika, the usual anchor of this debate show was missed, especially when these 2 anchors were unable to conduct the debate with sharpness. The hash tag for this debate was #JailMeinSalman. India TV at 17:55pm was highlighting-“5 years jail for Superstar Salman”. “For Bollywood & fans Salman Khan is bhaiyaan”. The hash tag for this programme was #JailforSalman. Even the foreign news channel- CNN at 18:05pm carried this news but was unable to provide details from its correspondent situated India, due to audio problem. The debate in News World India at 18:30pm with 6 respondents highlighted- “Tiger was under shallow of punishment for 20 years!” and also asked- “Is there delay in  judgment for Salman?”, and  “Salman became ‘shikar’ of “Blackbuck”. At 18:16 pm, Zee News asked many questions- “After 20 yrs, Jail for Salman for 5 years, Justice or injustice?” “who is ‘khalnayak’ of  slow justice in India?”, “When will justice be given in India at 4G speed?”  Later at 21:25pm, Shubir Chaudhary in DNA (name of programme, starts 21:00pm) satirically mentioned that a new film- “Tiger is guilty” has been released from Jodhpur! He stressed that viewers should not expect from us to tell what Salman ate, who came to meet him, for that they should watch other channels. “Real life heroes don’t kill animals, rather protect them”. Subhir questioned those who focused attention on Salman Khan instead of Indian sports persons who had won medals in common wealth Games in Australia.  It is true, majority of news channel didn’t care to highlight medal winning Indians at the  ongoing Common Wealth Games. Did you say weight of Bollywood is more than Indian female weightlifter winning gold medal? The Arnab Goswami led Republic TV debate with hash tag- #SalmanGuility highlighted- “Punished by Court, backed by B’wood”, “Salman a convict, not a victim”. TimesNow debate came up with hashtag- #JailForSalman. However, during this prime time, Rajya Sabha TV was busy discussing- “No work, No pay’ in ‘Big Picture” without nailing down the lack of performance related pay, even in public sector enterprises. On 7 April 2018, News24 at 14:33 pm had its correspondent outside the Jodhpur jail as firecrackers were being busted by Salman Khan’s fans. “Tiger will come out of Jail”. India TV at 16:35 pm also showed its correspondent  live in front of Jodhepur Jail. Zee News with hash tag #Salman koBail, highlighted-”After 50 hours Salman released from jail” along with “Salman has got bail, has not been proved innocent”. Aaj Tak, ABP News, Repubic TV, Times Now were too Salman drenched! WoW, that TRP power, did you say? 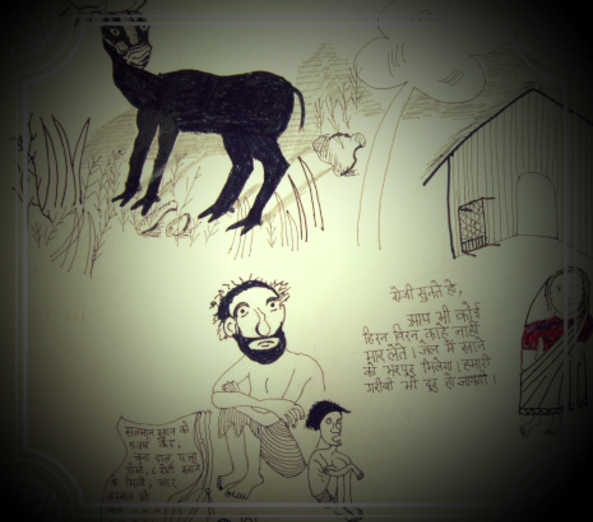 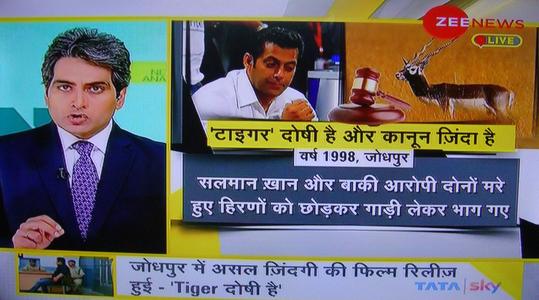