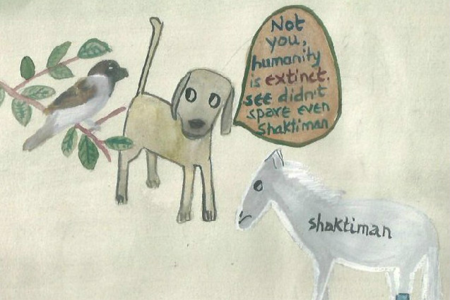 Hindu had asked- Where have the sparrows gone?  (14/9/2014). DNA had also raised a question- “Where has the chirpy sparrow gone? (19 March 2010), while Deccan Herald had informed- “House sparrow listed as an endangered species (24 June 2010). Has the situation improved since? None of the 14 newspaper scanned, inform of this today- world sparrow day. Glad to inform that the little, cute, chirpy sparrows exists in abundance, where we are working from!