We are increasingly living in a world which is disconnected with the eco-system. But hold heart, many of us are still human enough to care for other species. A friend of SARCAJC rescued brown headed baby barbet from clutches of a dog, in middle of a road. She took it home and called the bird hospital but was informed about its full capacity in the intense heat wave. She then rushed to pharmacy to buy baby food and syringes to feed. To her surprise, the pharmacist disbelieved her buying baby food for a baby bird! “You cant be serious!”. The first day, the baby bird was forced fed, but the quick learning bird got affiliated & opened its beak to eat the next day and drank water too. The touch of leaves amidst raindrops falling from a clouded sky must have inspired Chi-Chu to learn flying. The learning continued inside the house from one book shelf to another! And when tired, it sat in front of the cooler to rest! In the morning, Chi-Chu danced round-round around the water container, while drinking water number of times! As Chi-Chu gained flying strength, was freed today. After an hour, Chi-Chu reappeared with one of his/her older clan to show gratitude. Seemed her mother as she hit him with beak and they flew off again! Indeed,Chi-Chu was smiling. (24 May 2015)

After a week, Chi-Chu returned back to take drink water and take bath in water container, kept for all birds and then flew high! Freedom. 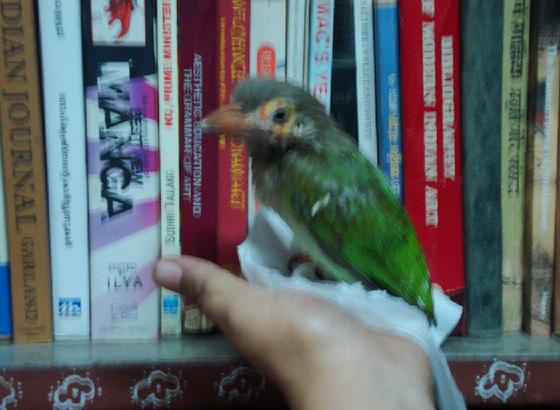 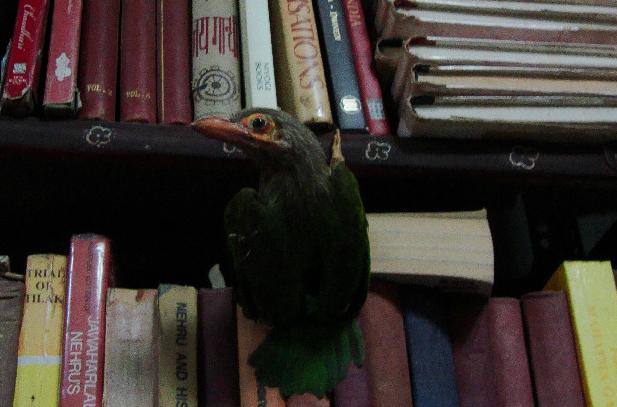