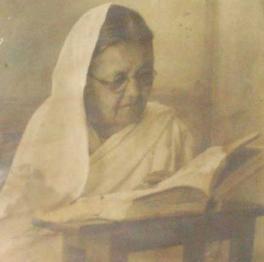 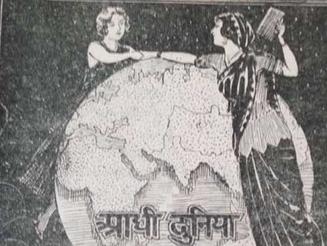 The First Woman Journalist in Hindi.

Born in 1868, Hemant Kumari Devi was daughter of Navin Chandra Rai, a Brahmo Samaji. She was the first women journalist in Hindi, the editor of journal for women- Sugrihini which was published from Allahabad. The opening lines of here editorial in the first issue of her journal Sugrahini, had a particular message:

“ O my dear sisters, open your doors & see who has come to visit you. This is a sister of yours called Sugrihini. She has come to you because you are oppressed and illiterate and in bondage….. Welcome her & bless her. May the mother help you and Sugrihini…”

The Hindi belt even in those days was a backward area, where illiteracy amongst women was endemic and even within well-to-do families; most women did not receive any formal education. The Brahmo-Samaj, mind-set, which encouraged education of women, was undoubtedly a major factor behind the emergence of various publications.Hemant Kumari Devi’s mother tongue was Bengali. She was educated in Roman Catholic convent in Agra and later in Lahore and Calcutta, she was also known as Hemant Kumani Chaudharni. In 1906, she went to Patiala, where she stayed till 1924 and was transferred to Dehradun as a Municipal Commissioner, where  she died during 1953.

Journalists all around the world have effectively utlised the power of pen to tackle local as well as global challenges and women journalists have not been far behind pushing aside the remark of Hamilton, the Editor of The Daily Illustrated Mirror: “Women can’t write and don’t want to read.”

But then, why have we not read anything about Indian women journalists who worked during the British Raj? Were Indian women not competent to take on this 'difficult' profession? On the contrary, the perception that Indian women journalists appeared on the scene only after Indian independence is totally incorrect. Their crucial role as journalists during the British Raj has been grossly overlooked. Infact several Indian women edited women’s journals since 1850s and their role had been nothing but exemplary. These journals emerged from several cities and editorials reveal many unknown historical facts regarding the long journey towards freedom.

Take for instance, Asian Age (31/3/2009) carried a Photograph with a caption- “Somnath with achiever”. It goes on to elaborate- “Lok Sabha speaker Somnath Chatterjee with Vidya Munshi, the first women journalist of Kolkota, after giving her the women achiever’s award during a programme organised by FICCI Ladies Organisation in Kolkota in Monday…”. It’s good to honour a veteran journalist like Vidya Munshi, but she was certainly NOT ‘first woman journalist of Kolkota”. There were numerous women journalists in Kolkota before Vidya Munshi. To cite a few, in April 1870, Mokshodayani took out the first issue of Banga Mahila which was stood up for women’s rights and pledged it would fight for women’s causes. Swarnkumari Devi was the sole editor of Bharti from 1885-1905, 1909-1915. Her daughter Sarla Devi was also involved in this venture….If only due credit was given to the long forgotten....

What was Nivedita’s role as a Journalist?

Take a clue from Ramanada Chatterjee, the editor of Modern Review about Sister Nivedita as a Journalist:

“She was, if one may be pardoned a trite epithet, a born journalist. She wrote with brilliance, vigor and originality and, even on commonplace themes, with something like inspired fervour. She could write with great facility and on a great variety of topics, and could therefore comply with the requests of many editors for her paragraphs and articles. But nothing that she wrote was commonplace; even the most hackneyed topics were invested by her pen with new power and grace, and became connected with the first principles of human action and with the primal source of all strength. She could never be a hireling, she would either write on topics of her own choice and when the spirit moved her, or not write at all…..

From the very birth of this Review, she helped us with her contributions and suggestions and in other ways in a uncommon measure. Her unsparing criticism, in private conversation, of our shortcomings and faults, was of no less advantage to us. The sense of the value of all this help is daily growing upon us, and we feel that we must not try to give it inadequate expression. Would that all who are kindly were as unsparing in their criticism, and all who are severe critics as kindly and helpful as she! She was, indeed, a sister and she was Nivedita, dedicated to the service of all who came within the orbit of her life’s way”. (Modern Review 1911). 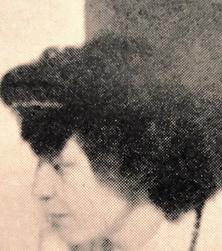 Margaret Elizabeth Noble (Sister Nivedita) was born on October 28, 1868 in Ireland. Her family had close connection with the Irish freedom movement. Nivedita’s journalistic works spread over more than decade & half. Many time she use different pseudonyms for her writing. Her early writings appeared in some provincial British journals and were on divergent issues,